Karen Blumenthal has known for many years that addressing attendance problems and chronic absenteeism were key to student success and just made common sense. Her efforts have played an important role in bringing attention to strong, effective attendance policies and practices that can have a positive impact in schools and districts throughout Westchester County, New York. 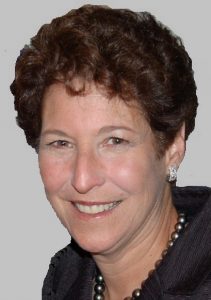 As the policy advocate for the non-profit organization Student Advocacy, Blumenthal has co-authored three Attendance Papers in 2008, 2015 and 2017. The 2017 paper, Strengthening School Attendance Policies and Practices, discusses how chronic absence is now an accountability indicator in New York’s plan to implement the Every Student Succeeds Act (ESSA). By using Student Advocacy’s October 2017 attendance briefing memo, which includes the three tiers of intervention for chronic absence, school districts can take action to improve attendance and reduce chronic absence.

“I think our briefing paper provides an instructive blueprint for how a school district could go about making changes in their attendance policy, procedures and practices. This includes how to actively encourage attendance throughout the entire school community and how to work on cases involving individual students who are excessively absent,” Blumenthal said. “Not every school district in Westchester has an attendance problem, but for those that do, I believe that our briefing memo could be very helpful.”

Blumenthal is collaborating with the Westchester Children’s Association through its GPS4Kids Collective Impact Initiative to ensure all children thrive regardless of race or zip code. Her focus on attendance is especially helpful in identifying positive learning environments for the children of Westchester County. She is also involved with United Way of Westchester and Putnam’s ​LEARN Group, a two-year old collective impact effort aiming to increase student’s reading proficiency by the end of 3rd grade. LEARN Group’s focus is primarily to engage schools, nonprofits and other stakeholders in the communities where My Brother’s Keeper initiatives are active. LEARN Group is part of the Campaign for Grade Level Reading and the National Summer Learning Association.

​Blumenthal first became involved with helping families and schools with attendance and chronic absence after New York approved a law in 2006 addressing educational neglect. The rationale behind the law, Blumenthal said, was that the Department of Social Services (DSS) did not receive educational neglect cases, where students were missing so many days they were at risk academically, until it was so late in the school year that there was little that could be accomplished. At the same time, school districts complained that when they filed educational neglect cases, they were a low priority for DSS offices.

“Local school districts and the DSS needed to create agreements describing how they would address cases of educational neglect,” Blumenthal said. “In Westchester County, that should have involved DSS and about 50 school districts.”

Student Advocacy developed its first Attendance Paper in 2008 to help Westchester County implement the 2006 law. The memo described the research showing the impact of too many absences on student achievement and discussed the key components of attendance policies that work: education of caregivers regarding school attendance requirements; effective policies and practices to monitor attendance; a clear definition of excessive absenteeism; and a two-stage response to excessive absences.

The focus of just about all of Student Advocacy’s work is on individual case situations where students have different obstacles to being successful in school. “We have observed over time that poor attendance is often a factor in our cases. Through this 2008 paper, we wanted schools to understand what the research showed about the relationship between high absenteeism and poor academic achievement, and provide them with some information about research-supported best practices.”

Blumenthal reached out to Mary De Masi of the New York State Council of Children and Families and Attendance Works Executive Director Hedy Chang to learn more about effective strategies that help address student challenges to coming to school every day. “Although they liked much of the content, Hedy and Mary agreed that our 2008 paper focused too much on punishing parents due to educational neglect,” Blumenthal said. Both felt strongly that was not a strategy that they wanted to emphasize.

Student Advocacy released a second Attendance Paper in 2015, focused more on effective policy and practices designed to improve attendance and address chronic absence, and less on educational neglect. In the spring of 2016, Chang was the keynote speaker at a half-day conference in Westchester County. The conference, “Every Student, Every Day, Toddlers to Teens: Attendance Matters,” intended to help participants understand more about chronic absenteeism and learn about positive attendance strategies that have had some success. Chang’s presentation and the panel discussion were well-received and gave a boost to attendance improvement efforts in the county, Blumenthal said.

Since the first Attendance Paper was issued, several districts have revised policies to include chronic absence, Blumenthal says. Student Advocacy has participated in collaborative efforts to improve attendance and more effectively address and reduce chronic absenteeism in Yonkers, Mount Vernon, the Rochambeau Alternative High School in White Plains, Ossining and Peekskill. Several school community collaborations were in schools with high levels of absenteeism.

“We worked with one school attendance workgroup that included the principal, the school psychologist, the school social worker and representatives from community agencies. They had to remind us that they were dealing with very stressed and sometimes traumatized families, and that universal strategies or reminding families of the number of student absences is not always enough,” Blumenthal said.

In addition to school staff, these workgroups have included the local Department of Social Services, Probation, Community Mental Health, the Police Department, and the Office of the District Attorney, as well as community agencies such as Family Services of Westchester, Family Ties and Student Assistance Services, along with Student Advocacy.

In some districts, attendance policies and practices have been formally revised. Other groups collaborated on programs to create universal messaging along with improvements for monitoring daily attendance, Blumenthal said. The October 2017 paper describes these efforts in greater detail, which may serve as an example to other Westchester districts and elsewhere in New York State and beyond.

Blumenthal says that creating change regarding attendance improvement over the past decade has been a slow process, but her dedication to helping students and families overcome challenges to being in school has not wavered. “I still feel that if doing this work has a real impact on even a few students, it is worth it.” Perhaps the new attention to the issue from ESSA will provide a critical boost!

Wondering how to improve chronic absence? We suggest 5 basic steps to improve absenteeism in schools and resources to help implement each strategy: https://t.co/EVNieR03ET #SchoolEveryDay #edchat #suptchat