The Attendance Imperative: How States Can Advance Achievement by Reducing Chronic Absence 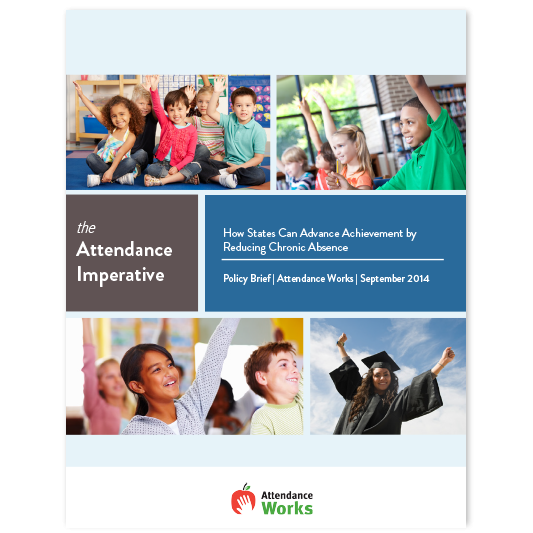 Attendance Works. Released in September 2013 and updated in September 2014, this brief describes the steps that states can take to reduce chronic absence including: building public awareness, tracking and publicly reporting chronic absence rates for schools and districts, using attendance as a metric in school improvement efforts, sharing best practices with educators and parents, and enabling interagency efforts among schools, public agencies and community groups.

Read the State Appendix that highlights what states are doing to combat chronic absence.