The second week in June was a watershed for chronic absenteeism with a flurry of activity on the national level that put the issue front and center in education circles. 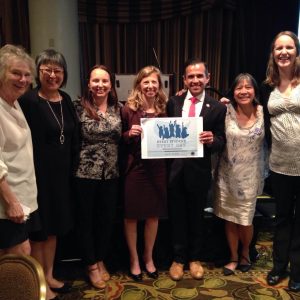 The U.S. Department of Education’s (ED) Office for Civil Rights (OCR) on June 7 released the first set of national data on chronic absence, shining a spotlight on the size and scope of the issue. Hundreds of media outlets published articles about the data release, which found that 6.5 million students (13%) missed 15 or more days of school during the 2013-14 academic year. A separate data story, Chronic Absenteeism in the Nation’s Schools, released by ED Secretary John King includes interactive charts and a national heat map of the data.

On June 9th and 10th, ED held the Every Student, Every Day National Conference: Eliminating Chronic Absenteeism by Implementing and Strengthening Cross-Sector Systems of Support for All Students, attended by teams of state officials, social workers, district leaders, early learning providers, and others from 37 states.

Earlier in the week, leaders from the 30 cities participating in the My Brother’s Keeper (MBK) Success Mentors Initiative gathered in Arlington, Va. for a national training summit to prepare for the start of the school year. Participants heard how to identify and support students who are, or are at risk of becoming, chronically absent from school, and steps to help them succeed. Attendance Works was pleased to participate in one of the sessions at the training summit.

The excitement among participants during the two-day ESED National Conference was palpable. Part of President Obama’s MBK Initiative, the event was designed to support and expand chronic absenteeism work being done across the county and expose educators and practioners to guidance from federal agencies.

Attendance Works is proud to have played a key role, along with Healthy Schools Campaign, in helping ED design and staff the conference The goals were clear: support states, districts and schools in developing effective policies and practices, showcase how schools are addressing the root causes of chronic absence, and strengthen the capacity of cross-sector efforts to link students to a comprehensive, multi-tiered set of interventions, programs and preventative services.

Ann Whalen, Senior Advisor to the Secretary of Education, and James Cole, General Counsel and Co-Chair of the My Brother’s Keeper Task Force with ED delivered the opening remarks.

Drawing on the support from the White House, ED, and the Departments of Health and Human Services, Housing and Urban Development, and Justice, participants heard presentations that would foster cross-sector collaboration on topics such as protecting privacy when sharing student data, engaging and addressing challenges for migrant students, and a joint ED-HHS healthy students initiative to expand school-based health services.

“As awareness of chronic absenteeism builds across the country, the opportunity before us is to use it as a call for collective problem-solving and action, rather than making the all too common assumption that children are not in school because their parents do not care,” said Chang. “The attendance data that schools and districts collect every day can be used as an early warning sign that shows us students who need support and triggers interventions aimed at helping students overcome the challenges they face when getting to school.”

Below are resources from the three activities: