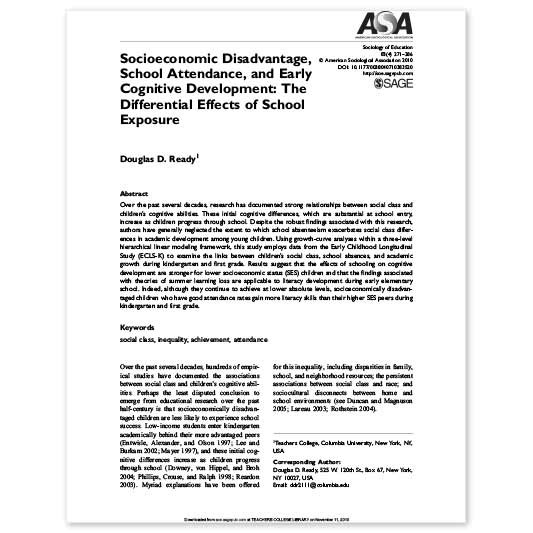 Despite the substantial body of research documenting strong relationships between social class and children’s cognitive abilities, researchers have generally neglected the extent to which school absenteeism exacerbates social class differences in academic development among young children. This study suggests that missing school in the early grades has a more powerful influence on literacy development for low-income students than it does for their more affluent peers. Put another way, school matters more to children from low-income families.