When Principal Mark Gaither arrived at Baltimore’s Wolfe Street Academy 10 years ago, the elementary school was one of 22 identified for takeover by the state of Maryland. Its test scores ranked 77th out of the city’s 90 elementary schools.

Today, the school has risen to No. 2 in the city and has been recognized as one of the top Title I schools in the state. Recently, Wolfe Street was among five schools nationally that received the Community School Award for Excellence, given by the Coalition for Community Schools.

The transformation has been gradual but consistent, Gaither says. An important part of the progress has been improving attendance. 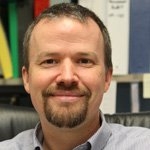 “When I get the data, it is very gratifying to see what a great group of people with great strategies and great ideas can do over a decade,” Gaither says.

Wolfe Street Academy is a relatively small school in southeast Baltimore: Of the 225 students, 79 percent are Latino and a majority of them are still learning English. In 2006, it became a Community School, bringing the resources of various community partners into play. In 2007, it became what’s known as a conversion charter school, which allows greater flexibility in curriculum and professional development while retaining the school district’s policies, procedures, union participation and, very important says Gaither, the neighborhood geographic enrollment zone.

In 2005, about 10 percent of Wolfe Street’s students were chronically absent, which Maryland defines as missing 20 or more days in a school year. Today that rate hovers around 3 to 3.5 percent. Getting that reduction has taken a series of steps, some school-wide efforts and some targeted to those specific students and families.

The school-wide strategy is based on developing a positive school climate and a message emphasizing that students arrive to school “Every Day, On Time, Ready to Learn.” The school shares expectations for attendance with families and students. Gaither greets them at the door each day, and during a daily Morning Meeting he announces the previous day’s attendance rate.

During this collective start to the day, students and classes receive recognition for good attendance. The grades with the best overall attendance receive gold, silver or bronze stars. Periodically, a poster displays the names of every student with perfect attendance and they are treated to ice cream sandwiches, pizzas and other rewards. Gaither also gives unannounced prizes –such as a deck of Uno cards – for randomly selected students who show up on a particular day. “We’re instilling in our students an idea that good things happen when you come to school on time,” he says.

Wolfe Street backs up it messaging with a strong commitment to tracking data. The school invests in the staff needed to track and record data daily. An attendance committee scours the data for patterns in absences, tardiness and early dismissals. “All of that is minutes out of the classroom,” Gaither says. Rather than wait for a student to miss 20 days, the attendance team looks at how many students have missed 10 percent of the school year at any point—four days after the second month or six days after the third month.

The outreach to families is immediate and sustained. The school attendance clerk calls home every time a child is absent. When patterns of absenteeism becomes problematic, parents talk with a student support team, which includes a social worker, attendance monitor, teachers and other school staff. This team will work to discover the root cause of the attendance difficulty and bring resources to help the family  address that cause. Yet, all the tools at their disposal will be considered, including, if truancy – unexcused absences – pile up, the legal court system. It is a continuum of responses that Wolfe Street Academy brings to bear to make sure that children are in school.

The Community School coordinator plays a key role in keeping children in school, connecting students and families to services that can help with issues such as homelessness or chronic illness. Sometimes, an effort to help one student reveals a deeper systemic problem that the school can address. For instance, after discovering the extent of tooth decay among its students, Wolfe Street developed a partnership with the University of Maryland School of Dentistry to provide dental screening and follow-up services.

Collaboration and team efforts on the part of the parents, the school and Baltimore City have led to the creation of a safer walk to and from school. Taking ownership of the issue, after an act of violence in the neighborhood that shocked many, parents formed a political action group and advocated with the police department to have an officer located outside the school during dismissal in the winter when it gets dark in the afternoon.

Wolfe Street has also worked with the city to have crosswalks near the school repainted and to equip stoplights with displayed count downs to when the light will change. The city also painted large footprints along the major routes to school. And families work together to get to school, creating “Walking School Buses” where one group will meet up with another to make their way to the school. These partnerships not only increase safety but motivate students and families to get ready for school on time, Gaither says.

“Engagement is the key factor,” Gaither says. “We’re in our 9th year of doing this stuff. Early on, years ago, there wouldn’t have been half of these ideas.” Over the years the relationships and trust that Gaither and his team have developed with families, students and neighbors have grown and deepened. “We face each situation, each challenge, head on. And with a team approach, we come up with the next best plan. We hit that plan hard. Push for results. Sometimes, we’re lucky and things work out real smoothly. But we also keep coming back to the table, redesigning responses. Remaining engaged. Engagement is the power plant of our results.”

Wayne State University’s Detroit Education Research Partnership looked at the challenges school systems have in addressing attendance barriers on their own & the implications for policy & practice as students move back to in-person schooling. On our blog https://t.co/EYsZwboi33

Reply on TwitterRetweet on TwitterLike on Twitter1Twitter
Load More...