Principal Cliff Hong knew that too many students missed class at his Oakland, California, middle school, but it was not until he analyzed the data that he saw the picture clearly. Every day, 50 to 60 Roosevelt Middle School students were absent and as many as 15 percent of students were missing nearly a month of school every year. The absences were costing the school money because California bases its state aid formula on average daily attendance.

Within a year, however, Hong and his attendance team cut his absentee rate in half and saw his school’s standardized test scores climb by 30 scale points. His 2013-14 chronic absence rate was 9.2 percent.

How did he do it? A data-driven focus on attendance, engagement from the full community and support from school district leadership were the keys to his success. 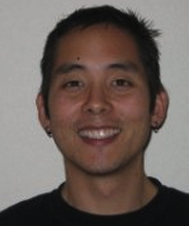 “We learned a great deal about our students and their families as we uncovered reasons for absences and developed solutions,” Hong says. “The progress also became a reason for celebration and a point of team unity, which motivated staff.”

To achieve this progress, Roosevelt:

There is still work to do. While Roosevelt’s average daily attendance rates are higher than Hong’s initial goal, chronic absence still remains stubbornly high among African-American boys. Hong and his staff are working on strategies to improve that trend.