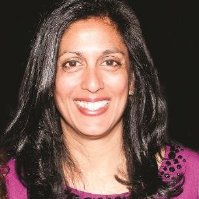 Swati Adarkar is a Director for National Policy with the nonprofit Start Early, where she brings together a diverse set of stakeholders to advocate for federal early learning policy and strategy. She has a wealth of experience in research, communications, child advocacy and public policy development, and is a champion for high-quality early care and education for children pre-birth to age 8. She helped found Children's Institute (CI) and has shaped its growth since its inception, first serving as vice president of research and communications. Swati was an instrumental leader in the 2007 expansion of Oregon Head Start Prekindergarten. She conceived the Institute's Early Works initiative, and with the David Douglas School District and Mt. Hood Community College Head Start, the Children's Institute launched the first demonstration site at Earl Boyles Elementary School in east Portland in 2010. Swati served on Oregon's first Early Childhood Matters Advisory Council for former Gov. Ted Kulongoski and on former Gov. John Kitzhaber's Early Childhood and Family Investment Transition Team.

She received the 2011 Women Leaders of Oregon Award from Portland State University's Center for Women, Politics & Policy, and is a member of the Board of Trustees for Portland State University and the International Women's Forum of Oregon. Prior to joining CI, she advised nonprofit organizations on public policy and communications, served as policy director for Children First for Oregon, and was director of community affairs for Children Now.

Swati has a master's degree in public administration from Harvard University's John F. Kennedy School of Government and a bachelor's degree in communications studies from UCLA.

On Thursday, August 5, join @RemindHQ and Attendance Works for a webinar about promoting engagement and attendance for the 2021 school year, including simple strategies you can implement as your community returns to school. Register here. https://t.co/MjT4BK4Mgl #SchoolEveryDay