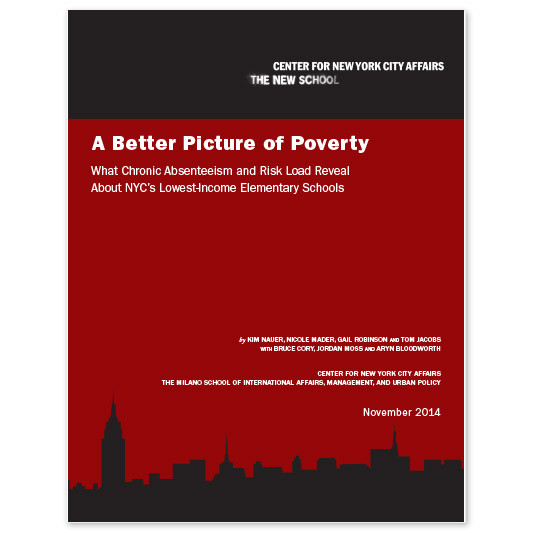 This report looks closely at New York City’s schools and documents the risk factors that plague struggling schools. Researchers found that more than 87,000 New York City children from kindergarten through third grade missed 10 percent or more of the school year in 2012-13. That number is down from 2008, when the New School released its first report on chronic absence. That report spurred then-Mayor Michael Bloomberg to launch an intensive pilot program in 100 schools to improve attendance. The rate of chronic absenteeism in elementary schools declined from 23 percent in 2009 to 19 percent 2013. The report went beyond student data to identify 130 schools were more than a third of students were chronically absent for five straight years. These schools had a few things in common: Scores on standardized tests for reading and math were far below the city averages. And many of the students lived in deep poverty with high rates of homelessness, child abuse reports and male unemployment.

Join us on Jan. 25 at 2:00pm ET for the next #PathwaystoAdultSuccess Solutions Forum: Engineering Student Success in Pandemic-Impacted Times. Register: https://www.eventbrite.com/e/engineering-student-success-in-pandemic-impacted-times-tickets-250240635477